Guernica, the horror of the Spanish Civil War in Picasso’s masterpiece

Monday was market day.  From all the outlying areas, farmers would bring their goods to be sold for the villagers. Yet this Monday, 26th April 1937 would be different and for some it would be their last.

At 4.30 pm the first planes were spotted and for the next 3 hours the rain of bombs and bullets obliterated the peaceful town, and became the world’s first attempt to target civilians outside the rules of war. The town was Guernica.

The Spanish civil war had been raging for more than one year and with Francisco Franco’s desire to capture the prized industrial port city of Bilbao, the retreating Republican armies had gathered a few kilometers from the sleepy market town to consolidate their position. For Franco to succeed, this concentration had to be defeated, at any cost.

Aided by the German condor legion and Italian legionary air force, the Francoist airmen bombed the surrounding bridges and roads to the town thus denying anyone from leaving.  Once this aim was achieved they turned their attention to within the town and set about raising it to the ground. When finished, three-quarters of Guernica had been obliterated, save a few buildings and the tree of Guernica -the symbolic representation of the traditional freedoms of the Basque people. Civilian casualties were between 170 to 300 men, women and children. And the damage to moral of the Republican armies from this type of indiscriminate bombing had a long reaching effect.

On hearing the news the usually apolitical painter, Pablo Picasso, began his masterpiece reflection of the bombing. He spent over two months creating Guernica. He used only black and white paint to invoke the truth-telling authority of documentary photography. Yet his Cubist use of fragmented imagery made his a poetic commentary, rather than strident propaganda. “The protest is found in what has happened to the bodies, the hands, the soles of the feet, the horse’s tongue, the mother’s breasts, the eyes in the head—the imaginative equivalent of what happened to them in the flesh. We are made to feel their pain with our own eyes.”

Today it resides in Museo Nacional Centro de Arte Reina Sofía in Madrid. A tapestry copy of Picasso’s Guernica is displayed on the wall of the United Nations building in New York at the entrance to the Security Council room. It was placed there as a reminder of the horrors of war. 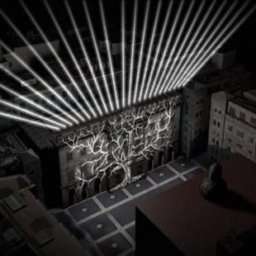